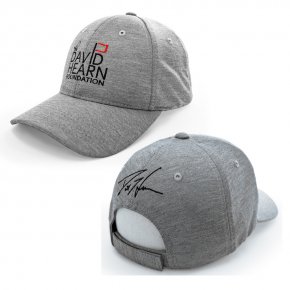 The David Hearn Foundation hats, produced by Levelwear, went on sale in March 2016 via e-commerce and retail channels and sold out shortly after, with all proceeds being donated to the Alzheimer Society of Canada. Hearn’s sponsor Extendicare pledged to donate an additional $2 per hat sale to the initiative, helping The David Hearn Foundation reach its contribution goal.

Hearn, a global ambassador of Extendicare on and off the course, has been working closely with the company to support a cause and organization both are strongly involved in with the Alzheimer Society of Canada.

“Extendicare is proud to be a partner of David Hearn to support the Alzheimer Society of Canada. We are happy to be a part of this joint initiative and be able to give back for such a wonderful cause,” said Gary Loder, Vice President of Managed Homes and Consulting at Extendicare.

As the top Canadian golfer on the PGA TOUR for the past two seasons, Hearn was selected to represent Canada on an international level at the 2016 Rio Olympic Games. He will represent his country again this November after being named to the 2016 World Cup of Golf team. Off the course, Hearn has been working with Alzheimer Society of Brant Haldimand Norfolk Hamilton Halton since 2012, and announced a national partnership with the Alzheimer Society of Canada during the launch of his Foundation in 2015.

In 2012, Extendicare Assist, the management and consulting division of Extendicare, partnered with the Alzheimer Society of Canada for a five-year commitment to support the “culture change” initiative which will improve the quality of care and life for Canadians living with Alzheimer’s disease and other dementias in long-term care homes. Over the past five years of the partnership Extendicare Assist has donated nearly $500,000 to the Alzheimer Society.

“The David Hearn Foundation hat initiative was another way for us to give back to a cause we care deeply about,” said Hearn. “Our goal was to not only raise funds for the Alzheimer Society of Canada, but also awareness with every hat bought. We saw hat sales come not only from across Canada, but across the US as well, so I think our message is definitely getting out there. I also want to thank my partners Extendicare and Levelwear for supporting this initiative and my foundation from the start.”

About the Alzheimer Society of Canada

The Alzheimer Society is the leading nationwide health charity for people living with Alzheimer's disease and other dementias. Active in communities across Canada, the Society offers help for today through our programs and services, and hope for tomorrow by funding research into the cause, prevention and a cure. To learn more, visit www.alzheimer.ca.

About The David Hearn Foundation

Founded in 2015, The David Hearn Foundation’s central focus is to support the Alzheimer Society of Canada in reducing the personal and social impacts of the disease by raising funds to provide individuals and families with needed programs and services. Through its partnership, the Foundation aims to increase awareness, improve care for those in need and enhance the quality of life for those affected by the disease, while also empowering Canadians to take action and create positive change.

Our mission is “Helping People Live Better”. Through our network of 118 owned and operated health care centres, as well as our home health care operations, we are committed to delivering care to meet the needs of a growing seniors’ population in Canada. Our qualified and highly trained workforce of 23,700 individuals is dedicated to helping people live better through a commitment to quality service and a passion for what we do. www.extendicare.com.

For further information about The David Hearn Foundation or for interviews with David Hearn, please contact:

To Our Extendicare Community, continue

There has been good news to start the year with vaccines being administered to vulnerable populations across Canada. Extendicare continues to work with our public health partners across the country to administer first and second doses to help protect our communities. continue

Our staff have fought day-in and day-out against this devastating virus for a year. While it has been difficult, the vaccine gives hope that we are nearing a return to better times. continue

As we come to the end of month seven of the pandemic, our focus at Extendicare remains steadfast on providing the care and service that residents, clients, patients, team members and families rightfully expect. We are very grateful for the hard work, care and commitment our team has displayed to our residents, clients and patients. continue

Our Remarkable Moments view all 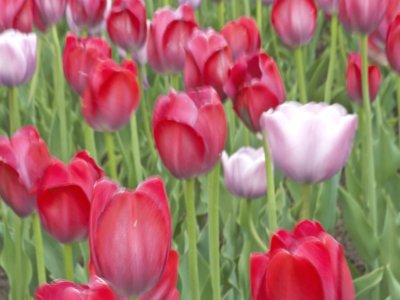 Mr. B. was a quiet, kindly man who started to show signs of depression and withdrawal. continue

Mrs. G. was relatively young when she came to us as a result of having suffered a brain injury that left her blind. continue